Davao Museum
Insular Village I, Lanang
The Davao Museum showcases the history, culture and crafts of the various tribes in the region, including the tribes of Mandaya, Tiboli, Mansaka, B’laan, Manobo and Baghobo. The museum also features the earliest archeological finds in the Philippines, including pottery, jars, vases, tribal clothing and jewelry pieces. The museum is open Monday to Saturday from 9 a.m. to 5 p.m. 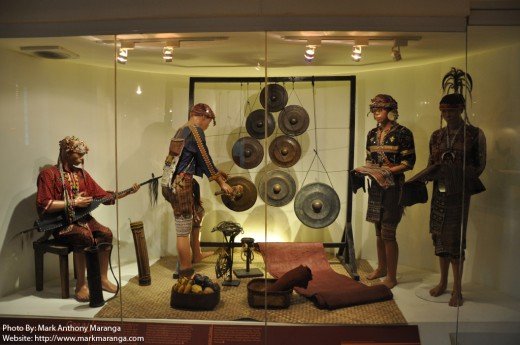 San Pedro Cathedral
San Pedro Street
Built in 1847, the San Pedro Cathedral is the oldest church in Mindanao. The cathedral was declared by the Philippine government as one of the country’s national cultural treasures. The original carvings of the images of saints and the altar decorations are well-preserved despite the many renovations made on the church in the past several years. 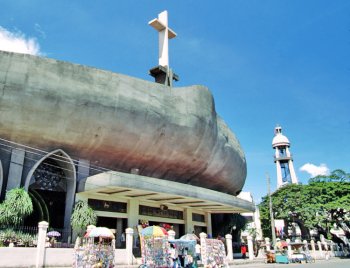 Davao City Bay Walk
Matina, Times Beach
Located at the length of the Matina Coast is the lovely Sea Wall that offers some of the most spectacular sunsets in Davao as well as beautifully adorned grounds to stroll around. It is here where the famous golden replica of Michaelangelo's David stands at a height of over 30 feet tall. The towering statue is fronted by a pretty, lengthy pool of baby sharks and other tropical fishes. Further down is the iconic statue of the Harbour of Denmark, a sculpture crafted in the image of the original Little Mermaid. The water-front park offers lovely white benches ornamented with vines, a mini-zoo featuring rare animals including ostriches and the musang or local mouse-deer, and a drive through the grounds and into some parts of the sea. The Sea Wall was constructed through initiative and was funded by the nearby Queensland Lodge. 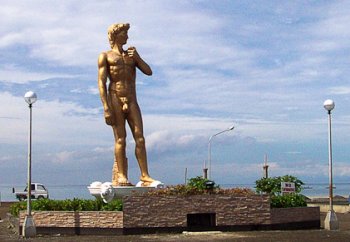 People's Park
Beside J. Palma Gil and Jose Camus Streets
The new city landmark is barraged by people from all walks of life, and of every age. On its busiest days, it is here where you'll be able to witness how cosmopolitan the city of Davao is. The park is also conveniently located near the downtown area and is flanked with dining amenities from almost every side. The nearest place for tourist or local visitor accommodation is the Apo View Hotel. The Royal Mandaya is also just some walking distance away.

The expansive and beautiful People's Park features many delightful treats for its beholders to discover. Grand landscaped waterfalls of various designs, strategically scenic benches, a small but fun playground, amazingly breathtaking gardens, several mini-forests featuring flora from all over the world, lovely traditional cottages and a whole lot more...

The People's Park is remarkably well-maintained with clean comfort rooms, many park security or rangers patrolling, and most everything is almost spotless.

Truly a must-see. Your Davao vacation will never be complete without spending some time at the colorful People's Park . 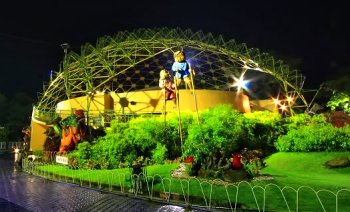 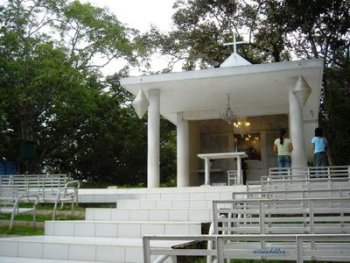 Talomo Beach
Sunken warships during the Second World War can be found just 200 meters from the shore.
St. Mary of Perpetual Rosary
Buhangin District
A shrine built in honor of the Blessed Virgin Mary which features series of steps which leads to the main chapel.

Ottha Kyosaburu Memorial Shrine
Mintal Elementary School A memorial obelisk built in honor of Otha Kyosaburu who invoked the Public Land Act No. 926 of 1903.
Monument of Peace & Unity
San Pedro Street This monument which was unveiled during the celebration of the Philippine Centenial in 1998, symbolizes the peaceful and harmonious relationship of the migrant and indigenous inhabitants of Davao in the last 100 years.
Mintal Historical Marker
Mintal
This historical landmark is a commemoration to Col. Yama who defended Mintal during the World War II. It is also the site of the visit of McArthur, Stillwel and Eichelberger.

Memorial to a Brave Son
Gov. Generoso Bridge
This bridge was built to commemorate the gallantry of Armando Generoso, ho died in the very site of the bridge while defending it from the Japanese invaders during World War ll.

Lon Wa Buddhist Temple
R. Cabaguio Avenue
The biggest Buddhist temple in Mindanao is set in environment of candle trees and bamboo with an imposing statue of the Buddha and his life depicted in wood carving.

Furukawa Plantation
Toril
The abaca plantation in Daliao which was acquired from the Bagobos as a result of the Otha Public Land Act in 1903.

Japanese Museum
Calinan
This museum features the Japanese community which resided in the Davao before and during the World War II. Some of the tools they used for their day to day activities like tools for the abaca plantation, publications, currencies and others are displayed in this museum.

Japanese Peace Memorial Shrine
Mintal
This memorial shrine for the Japanese war veterans is visited by their love ones during the "Ubon Yasumi" or the Japanese version of All Souls Day.

Japanese Tunnel
Diversion Road
It is a restaurant that features the tunnels which the Japanese Imperial Army dug during the time of Japanese Revolution.