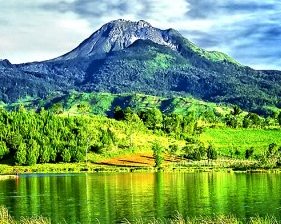 White Water Rafting
Get ready to enjoy the most fun you'll have with something inflatable! Prepare to get wet and wild on this white knuckle ride with a difference. There is nothing like the sheer thrill of white water rafting to really get your heart racing and our top venues will make it an experience to remember! 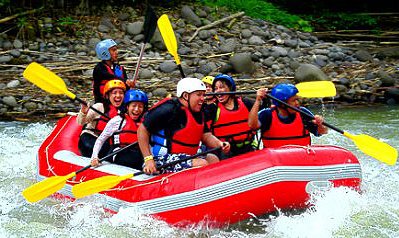 Ziplining
Zipline Adventures is a breath-taking outdoor thrill ride. This will have you enjoying the view of the outdoors carrying you from one point to another.

This is an adventure to last a lifetime. Come and take the plunge, run or jump off a platform with a drop zipping across the trees. 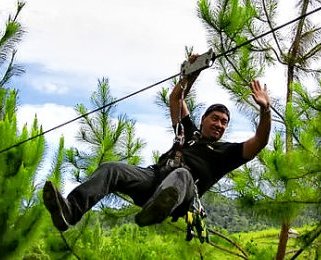 Wakeboarding
Wakeboarding is taking the world by storm. It is an extreme sport but is getting very popular. Wakeboarding is riding on the surface of the water on a wakeboard while being towed by a boat. The skills required are a combination of water skiing, snowboarding and surfing. 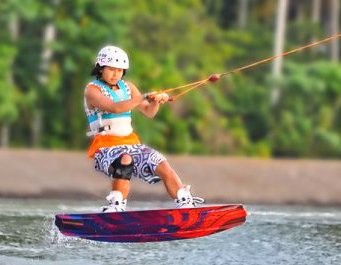 Scuba Diving
Discover the beauty of the underwater and witness one of the richest marine biodiversity in Davao City.

Angels Cove
Angel’s Cove is one of the few popular dive and snorkeling spots in Island Garden City of Samal. The tame shallow waters make it fit for snorkeling tourists. Also, a lot of divers visit the place for its rich marine biodiversity. If you have come to Davao for island tours, there’s a high chance that Angel’s Cove is part of your island hopping itinerary.

The Marissa Dive Site
This dive site is very much ideal for beginners since one can enjoy the fascinating view of its rich coral reefs, fishes of different varieties and its rich marine life from 20 to 30 feet above the shoreline. From below, Marissa Reef looks like an underwater mountain which drops to over a hundred feet before one reaches the ocean floor.

Ligid Pinnacle Point
Pinnacle Point southeast of Big Ligid, an islet near Samal, is actually an imposing rock formation pointed at the top. This Pinnacle has fascinating pink corals and is surrounded by two other lower pinnacles. The three rock formations stand at 10 to 20 meters high. Diving in Davao at this site feels like climbing up a mountain. The Pinnacle is surrounded by tubastrea, anthias, black corals, gorgonians, and scores of other deep sea invertebrates. Angel fish, lion fish, octopus, eels, and scorpion fish also abound in the area.

Ligid Caves
For a really memorable diving in Davao, the Ligid Caves are a must-see. When going down deeper than 25 meters two caves will appear leading to a corridor where resident reef fish hide in sponge crabs and black and soft corals. With enough luck and time, divers may yet discover other fascinating things hidden in these caves.

Dapia Dive Site
Dapia Reef is a popular diving destination in Davao. It is situated along the coast of Talikud Island, where its pristine waters serve as a sanctuary to various tropical marine life such as morays eels, ox-eye scud, tube worms, sea stars, gorgons, barrel sponges, barracudas, fusiliers, hawks bill, turtles, sea urchins, sea horses, jack fish and tunas. Hard and soft coral formations cover the reefs. The site is relatively deeper than the other sites, and has sloping terrains with ridges. The maximum depth of the Dapia dive site is about 80 feet, or approximately 24 meters but the current is moderate. Although the waters are clear year round, it is best to visit the Dapia Reefs during the months of November to May.

Babu Santa Minwall Dive Site
Its water current is gentle most of the time particularly in the surrounding areas of Minwall, or Mansud Wall, and is perfect for snorkelers or advanced divers. Deep sea highlights can be seen at a depth of 60 feet such as, beautiful corals protruding from the wall, hidden cove that serves as a sanctuary for truncates, parrot fish of different sizes, and smaller tropical fish.

Dela Paz Corner Dive Site
Southwest of Samal Island is this extraordinary and attractive dive site in Davao that treats divers to lavish sights of fascinating nudi-branches and pluerobranches. There are also sponges and pipefish. At 15 meters deep, there are interesting cracks and fissures on a rocky wall that has lots of rock and coral protrusions. Enjoy also sights of scorpion fish, shrimps, and hawk and cardinal fish.

Sementeryo Dive Site
In between Samal and Talicud Islands is the Sementeryo, an attractive dive site in Davao. The captivating coral sights in this area are made more pronounced by the undulating mounds and reefs they grown on. A lot of shrimps, trumpet fish, and lion fish abound in the area.

Mushroom Rock Dive Site
Located southeast of Samal Island in the Davao Gulf, this interesting dive site in Davao is known for various fascinating reef fish and marine life. The prevailing water current though can be very strong and quite challenging even for advanced divers, so first-timers are cautioned to keep out of the site. At a depth of 30 meters Mushroom Rock becomes visible with various coral growths and resident reef fish. At times dolphins roam this dome-shaped bed rock with a narrow trunk underneath hence, its name, "Mushroom Rock".

Mile Long Dive Site
On the east side of Samal Island near Mushroom Rock is Mile Long, another interesting dive site in Davao full of soft and hard coral growths and absorbing rock formations underwater. Aside from tropical fish groups, bigger fish types also roam the area like jack fish, tunas, and even monstrous ones like barracudas. This mile-long stretch of deep sea marvel is also inhabited by wrasse, parrotfish, eels, morays, and urchins.

San Jose Dive Site
Protected by a small bay west of Samal Island is San Jose, a quiet yet interesting dive site in Davao. Due to the protective bay the water current is generally calm and conducive for snorkeling and even diving for first-timers. In fact, even local kids dive freely at the site without any gears on. The dive spot is popular for the abundance of sea life found in the area mostly suitable as seafood to lure tourists starving for grilled seafood dishes. In fact, a small Muslim village in the coastal town of San Jose relies on this site near a sand isle for living. See lots of deep sea fish, squids, and giant shrimps dwelling in table, staghorn, and bubble corals.

Punta Del Sol Dive Site
Adjacent to the San Jose Dive Site just at the northern edge of the bay is Punta Del Sol. This interesting dive site in Davao is also known as IGACOS where several marine sanctuaries are being rehabilitated or preserved. Turtles abound in the area, coral and reef beds are spectacular at a depth of 20 to 30 feet, and tropical fish roam leisurely in schools. Tourists find a lot of fun sea activities aside from diving and snorkeling, like kayaking and surfing.

Tagbaobo Dive Site
When trying the waters of small and big Ligid islands in the northeast of Samal up to the eastern side of the island, divers may be favored by sights of giant turtles wandering around. These are areas in and around Tagbaobo, another interesting dive site in Davao. It is one of Samal’s turtle sanctuaries and a mere snorkeling can derive so much pleasure with the amazing coral sights.

Aundanao Sanctuary Dive Site
This is basically known as a fish and marine sanctuary on the east side of Samal. Currently fully preserved, fish and other marine life in the area offers impressive sights for divers to feast on. Aundanao is an interesting dive site in Davao with its rejuvenated underwater sceneries of fish groups and coral beds, not to mention its pristine white beach front.

Balet Wall Dive Site
Located northeast of Samal Island and southwest of Big Ligid Island, this beautiful dive spot in Davao has gentle prevailing water currents made possible by the protection of the two islands. It is safe for beginners while accompanied by dive trainers. Walls of gorgonians and crinoids dot the area, most spectacular of which is the Balet Wall. Eels, octopus, and cardinal fish frequent the area hiding behind black corals and tubastreas.

Small Ligid Dive Site
Found on the northeast side of Big Ligid and east of Small Ligid, this dive site is also sometimes called "Buenavista" named after a resort there. This beautiful dive spot in Davao features a dense coral reef where colored coral trout fish abound, and a large rock formation full of nudi branches and soft corals where sea snakes sometimes roam and disappear in the sandy portions. There are also jack fish and rainbow runners in the area.

Paradise Beach Dive Site
Located northwest of Samal Island, this beautiful dive spot in Davao is within the white-sand Paradise Beach Resort. The resort has a Php 60 entrance and small boats are available that take divers to the site. There are also good snorkeling sites in the area. The water current is mild to calm because the spot is between both Samal and Davao City and very near both. It is near the Vanishing Island dive site.

Vanishing Island Dive Site
Also between Samal and Davao, the dive site has clear waters with plenty of sea urchins and star fish. At a very shallow depth, it is amazing that a beautiful dive spot in Davao like this can reveal so much coral wonders. The island quickly disappears during high tide. 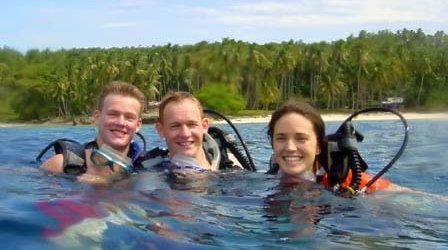